Every year, Mansfield Fellows give various seminars related to their areas of interest at the Graduate Research Institute of Policy Studies (GRIPS) in Tokyo. With an impending maternity leave, I was first up and decided to cover the fiscal cliff. Although I discussed it in excruciating and likely boring detail, I also wanted to emphasize that despite the laser-vision focus on this particular topic, it is probably only the first in a series of death cage budget battles next year, with at least one chance for government default (debt ceiling increase) and at least two chances at government shutdowns (FY13 and FY14 appropriations) in 2013. For those who remained awake, I do not think they were very cheered by my analysis. 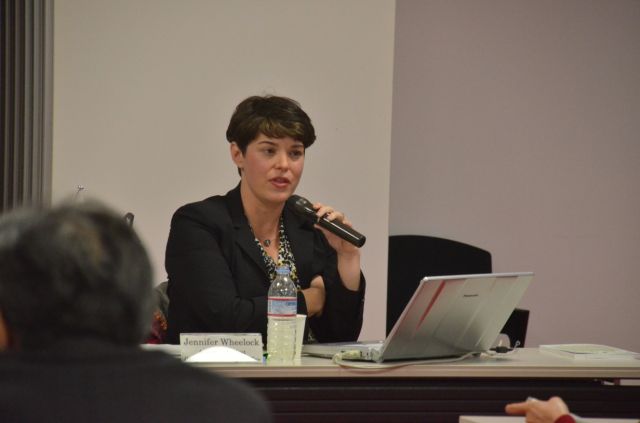 I was definitely nervous about it beforehand, cursing myself for picking a topic that it seems half of the world is covering. But I spent a lot of time preparing and it went well. To add to my mental stress, I was concerned about my ability to avoid a bathroom break for that long, but as it turns out, the baby was very cooperative. Only my jaw came out worse for wear after 100 minutes of talking. I wonder if she was enjoying her fiscal fairy tale?