If you cringe while reading this post, you can't say I didn't warn you in the title.

I have been fortunate to have a very good pregnancy and I hope that it continues in my final weeks. We've asked a lot of this kid while we moved to one of the largest cities in the world, started short-term fellowships, sorted out medical care and too many other details, and tried to enjoy being in Japan as much as possible. Additionally, I spent 6 weeks of my first trimester without Jason, living with complete strangers while participating in a mandatory language immersion training. To their credit, the Yokoyamas took wonderful care of me and were a great, fun-loving couple. It didn't hurt either that Teruko had studied nutrition in college and was a fabulous and healthy cook.

So I've been fortunate. From that perspective, I am annoyed by the Hollywood image of pregnant women previously implanted in my brain. You know, pregnant women are crazy, crying emotional volcanoes who suffer from one malady to another until the baby finally arrives in in some overly dramatic fashion with lots of screaming and flailing. While good for entertainment, these stereotypes unnecessarily scare us about what to expect.

Pregnancy has not been a 9-month freak show. Mostly, I've been intrigued by the physical changes and thankful that I've had more good days than bad. However, there are a handful of things that have surprised me.

Obsession with both ends of my digestive system
Heartburn and constipation have been my two constant pregnancy companions. Thankfully, my predecessor left a Costco-sized bottle of pregnancy-friendly Tums behind in the apartment. It should just last me until the end.

And I've never been so obsessed with bowel movements. If I go for a day or two without one, I break out the prunes. I had relatively little morning sickness, but I was so constipated at one point that I threw up after drinking some juice on an uncomfortably "full" stomach. Since then, I've been a bit obsessive about staying ahead of it.

Personally, I think my newfound appreciation of poop is fortuitous since it will soon define our lives.

The love bug
Going back to that Hollywood image, I expected crying jags or irrational outbursts. No doubt, the first trimester was emotionally rough, but we had a lot going on. I would be more worried if I hadn't cried or been terrified when learning that I was pregnant a mere 45 days before moving to Japan for a one-year work assignment. While we wanted to have kids, I thought it would take a little more time. Then suddenly, I was returning unworn suits and heels and buying stretchy pants (which are the most amazing, comfortable thing ever!).

But the two main emotions I've had since those early weeks have been occasional heightened irritability and the love bug. Most days, I just feel normal, but sometimes I can tell that I am not fit for company and I try hard to bite my tongue. But there are many days when the happy hormones kick in and the world simply seems wrapped in a warm, embracing rainbow and everything is beautiful and right. I think Jason will be relieved when I am no longer googly-eyed gazing at him.


Interesting Google Searches
Just because I've had a good pregnancy doesn't mean I haven't noticed weird things. I've entered any number of google searches beginning with some strange symptom and ending with "and pregnancy":  ear ringing and pregnancy, weird rash on legs and pregnancy, excessive ear wax and pregnancy, probability of baby exploding from my bum and pregnancy. I haven't actually searched for the last one yet, but I'm very tempted to in these final days.

Questionable purchases
This has increased in these final weeks. Definitely driven by irrationality. We have lots of basics and I am sure that we are in good shape. But when I go to a baby store or look on Amazon, I become convinced that I will never be able to go to a store again (or at least not for 2 weeks) and what will we do without this-amazing-life-changing-how-did-people-ever-raise-babies-without-this product. My most recent questionable purchase: a fart wand for babies called the "Windi." I saw it on Amazon and was 100% convinced that we had to have this item. This is how people get rich. They market items to first-time parents. Especially first-time moms living in in a foreign country. 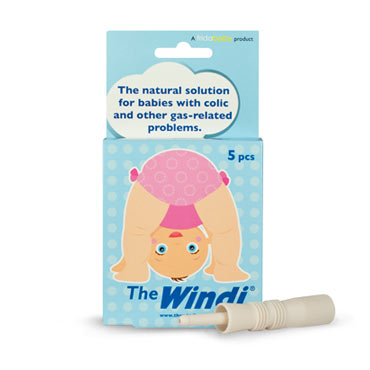 PS Jason didn't see this blog post before I put it up. I take 100% responsibility for these contents.